Home Board of Directors Jean A. Autrey 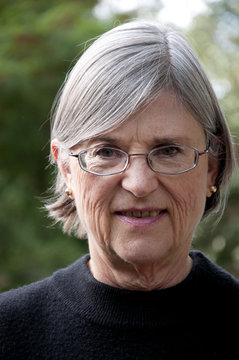 Jean A. Autrey graduated from UC Berkeley with a degree in Business Administration/Accounting.  She spent her early career in a public accounting firm in San Francisco with a variety of notable/interesting clients (Kingston Trio, various filmmakers) and then went on to found the accounting department for Francis Coppola.  She was production controller for a number of Coppola films including Apocalypse Now and The Black Stallion as well as production accounting on a variety of filme including a James Bond production.  When Zoetrope Studios moved to LA, she chose to stay in the Bay Area, going back to her accounting roots and love of variety and small companies.  She particularly enjoyed working in the non-profit world at St. Vincent de Paul.
Jean moved to Rossmoor in 2000 and after retiring 7 years later, began joining in the many activities Rossmoor has to offer.  Continuing her love of accounting and variety, she has served as Treasurer for multiple clubs and is currently Treasurer of the Rossmoor Scholarship Foundation as well as member of the GRF and 1st Mutual finance committees  Jean was born in Gary Indiana, and was raised along with her four younger sisters in Santa Barbara, CA.