Home Board of Directors Ellen Gilman 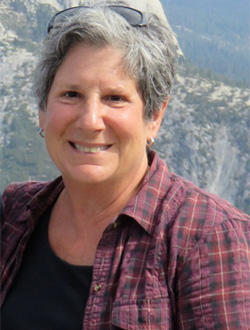 Ellen Gilman has spent all her life in Boston except for a six month sabbatical in Berkeley in 1987 when she began thinking about the Bay Area as a desirable place to live. She and her husband moved to Rossmoor in 2013 when they were both finally retired.
After programming computers for ten years, Ellen went back to school to pursue her dream of becoming an optometrist. She started her own optometry practice in 1978, specializing in contact lenses. Her education includes a B.S. from Simmons College, an M.Ed. from Boston State College, and an O.D. from the New England College of Optometry.
Ellen is passionate about teaching, and she was an Assistant Professor at her Alma Mater (NECO) throughout her optometry career. In 1987, while on sabbatical, she was on the Cal Berkeley Optometry School clinical faculty. Her husband and she have taught optometry related subjects all over the world. In Boston, Ellen volunteered in science classrooms in disadvantaged neighborhoods. She was also a volunteer docent, giving history and architecture walking tours for Boston by Foot.
Ellen can’t imagine a better place to retire than Rossmoor, and she strongly believes that the Rossmoor Fund, in executing its mission, makes it better for us all. She likes to write, and has contributed to optometry journals and textbooks. She takes gratification from putting her skills to good use in support of the Rossmoor Fund.